The magnetic appeal of Bhutan has grabbed the attention of a number of tourists from all over the world. With this 3 nights 4 days Bhutan package, you will enjoy the best of what Thimphu and Paro have to offer. While on this trip, you will have a chance to capture the picturesque monasteries and beautiful mountains with valleys. You will be mesmerized by the natural beauty of the place which will make you fall in love with this place. 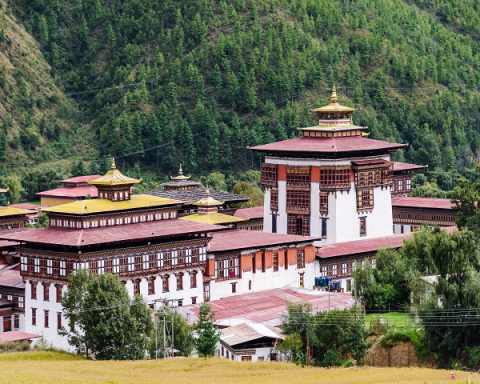 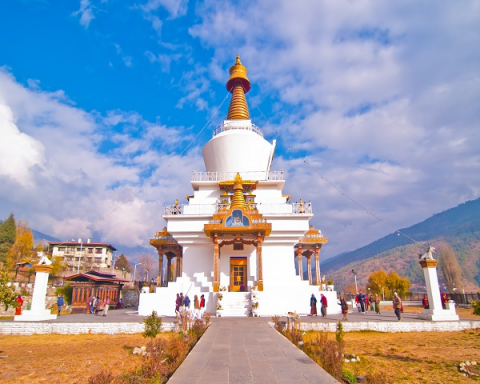 This day after your breakfast visit the revered Memorial Chorten, the huge statue of Buddha Dordenma, which commands a tremendous view of Thimphu valley.  The huge 3-storey throne holds several chapels and the body itself is filled with 125,000 smaller statues of Buddha.  Then visit the Simply Bhutan, National Library, and the School of Traditional Arts and Folk Heritage Museum.

In the afternoon, visit the Takin Reserve showcasing the unique national animal, the Takin, BBS Tower and Nunnery. Browse the striking collection of intricate textiles at the National Textile Museum. Then visit the newly opened postal museum, detailing the history of Bhutan’s postal system and showcasing Bhutan’s rich assortment of interesting stamps. Visit the Jungshi Handmade Paper factory, which produces traditional Bhutanese paper from the daphne bush.  Later visit Tashichho Dzong, built in 1641, which housed the original National Assembly and is now home to Government offices, the throne room and offices of the King. If you would like to view or buy Bhutanese handicrafts you may like to visit the new market opposite Taj Tashi hotel which has an array of stalls run by local handicraft shops selling purely homemade articles with no imports.

Later in the evening drive to Paro.

Kyichu Lhakhang, one of the 108 temples built in the Himalayas by Tibetan King, Songtsen Gampo. The building of this temple marks the introduction of Buddhism in Bhutan. It is one of the oldest and most sacred shrines of the Kingdom dating back to 7th century (the other is Jambey Lhakahng in Bumthang). The lhakhang complex is composed of two temples. The first temple was built by Tibetan King, SongtsenGampo in the 7th century and in 1968, H.M. AshiKesang, the Queen Mother of Bhutan, built the second temple in original pattern.