Nepal is often called the ‘Nirvana’ for travelers who love nature, adventure and spiritual getaways. Kathmandu, the capital city bustles with Nepalese heritage. Housing one of the holiest Hindu temples of the world, Pashupatinath, Kathmandu is widely thronged by tourists be it pilgrims or nature lovers. The capital of Nepal, Kathmandu is a cultural hub and a place you must visit to get the most out of the country. It is the nerve center of Nepal, with royal courts, Hindu temples, Buddhist stupas. A lot of Hindu temples retaining the age-old tradition of animal sacrifice can be seen here and all over Nepal. It’s a chaos of sounds, smells and action and will introduce you to a unique side of the country. Visit Durbar Square, dating back to the third century, where the city’s kings were crowned and legitimized, surrounded by courtyards and temples. Nagarkot's silent Himalayan abode is a perfect mountain retreat. Streams, gurgling waterfalls, caves, lake and gorge make Pokhara, the second largest city in Nepal, truly enigmatic. 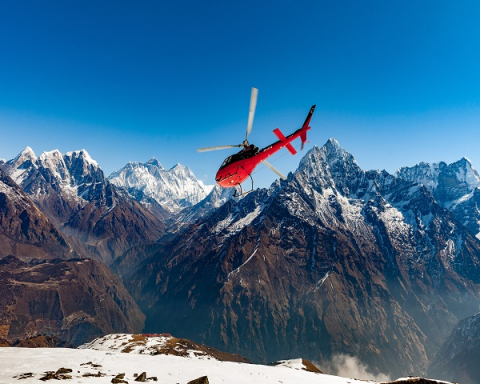 As you arrive at Kathmandu airport, you will be welcomed by our representative who will then escort you to the hotel. Evening is at leisure. 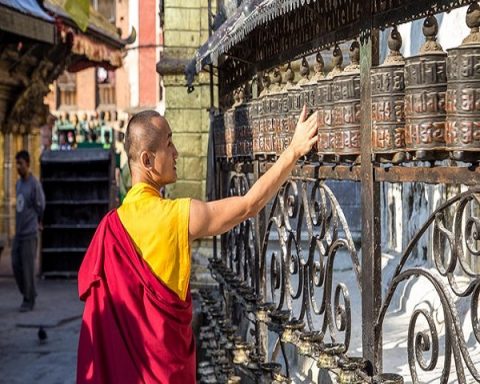 After breakfast, proceed for sightseeing tour of Kathmandu City, Swayambhunath Stupa & Patan City. Visit Kathmandu Durbar Square: Listed as one of the eight Cultural World Heritage site by UNESCO, Kathmandu Durbar Square is a cluster of ancient temples, palaces, courtyards and streets that date back to the 12th and 18th centuries. The square is known to be the social, religious and urban focal point of the Capital City. The Palace Complex was the royal Nepalese residence until the 19th century and is the site of important ceremonies, such as the coronation of the Nepalese monarch. The palace is decorated with elaborately-carved wooden windows and panels an. It houses the King Tribhuwan Memorial Museum and the Mahendra Museum. After visit, continue to Swayambhunath stupa located at hilltop overlooking Kathmandu valley. Swayambhunath stupa is also known as “Monkey temple” and is popular for view of Himalayas and entire valley floor. The history of Kathmandu Valley is said to have started with the beginning of Swayambhu. The largest image of the Sakyamuni Buddha in Nepal is in a monastery next to the stupa. Behind the hilltop is a temple dedicated to Manjusri of Saraswati - the goddess of learning.

After breakfast, check out from the hotel and drive to Pokhara. En route visit Manokamana Devi Temple by Cable Car. Manakamana temple is dedicated to Durga Bhawani (Hindu Goddess). Devotees believe the Goddess answers their prayers and fulfills wishes, if they worship her dearly. Later, proceed to Pokhara valley to the west of Kathmandu, is the second biggest city of Nepal. An unplugged view of lofty peaks from Pokhara, make it a tourist's favorite. This valley is the most famous trekking starting gateway for world famous trekking areas such as to Fishtail, Annapurna and Dhaulagiri area. Upon arrival at Pokhara, check in to the hotel and relax. Evening is at leisure. 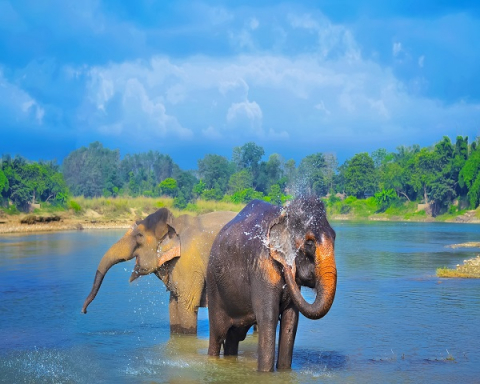 Today early in the morning, proceed for the day excursion of Sarangkot. Sarangkot offers you panoramic views of the Annapurna Mountain Range. Situated close to Pokhara town, it is a semi developed village located on a hilltop. It is a two hour walk up the staircase, or you can avail a car to reach the viewpoint. The landscape endowed with Nature's bounty will be etched in the mind forever. Later, proceed back to Pokhara. After breakfast, cross the lake by boat and hike to Peace Stupa. Rest of the day at leisure to enjoy the surroundings. 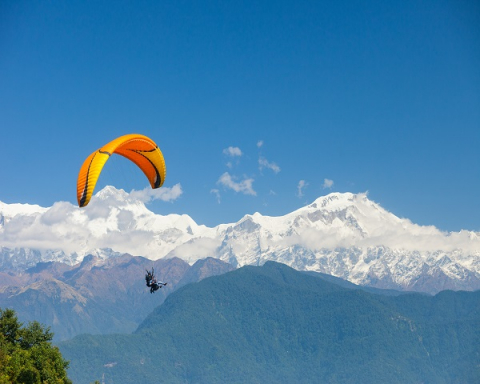 After breakfast, check out from the hotel and drive to Bandipur (on Kathmandu-Pokhara highway). Bandipur is an ancient trading town of quaint streets and charming atmosphere, which lies 135 km out on the Kathmandu - Pokhara highway. Bandipur retains its age-old cultural attributes. Upon arrival, check in to the hotel and relax. Evening is at leisure.

After breakfast, check out from the hotel and drive to Gorkha. Gorkha - the untouched and captivating town of Nepal! Some 300 years ago, Nepal was divided into 50 tiny states, and Gorkha was one of them. King Prithivi Narayan Shah, the founder of `Shah Dynasty' which runs Nepal today, unified Nepal into one kingdom. His Gorkha palace resides on top of a hill at an altitude of 3281 feet (about 1000 meter) The King would watch-over his people as far as his eyes could see from the tallest palace in the very center of Nepal! Gorkha is also the home of Gurkhas - the legendary brave warriors who fought with knives against guns. Upon arrival, check in to the hotel and relax. Day free at leisure. 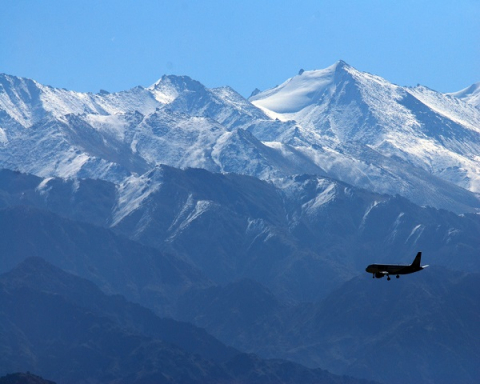 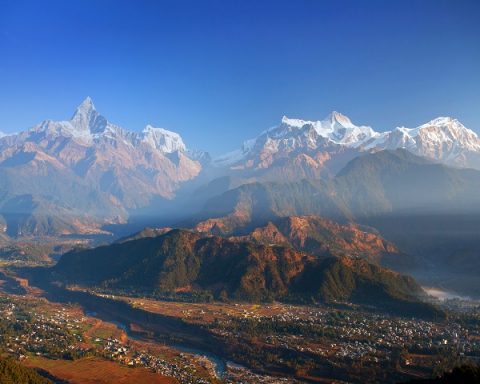 After breakfast, proceed for the elephant back safari through the jungle to see the Nepali wildlife such as; the great Asian one-horned Rhinoceros, sloth Bear, wild Boar, several species of Deer, rhesus Monkey, the black-faced Langur, the Gaur (wild cattle) and Spotted Himalayan Leopard/Royal Bengal Tiger if you are lucky. Afternoon, jungle activities including nature walk to see birds and smaller animals, dugout canoe ride to see crocodiles and water-birds etc. Evening, enjoy Tharu Stick dance or slide presentation on wildlife of Nepal.

After breakfast, check out from the hotel and drive to Kathmandu. Upon arrival, check in to the hotel and relax. Later, proceed for the half day sightseeing tour of Kathmandu. Visit Pashupatinath Temple: The most important Hindu Shrine in Nepal dedicated to Lord Shiva, on the banks of Bagmati River. The temple is shaped like a pagoda with a gold-plated roof, four silver doors, and wood carvings. Raised platforms on the banks of Bagmati are cremation sites for Hindus. Only Hindus are allowed inside the Pashupatinath courtyard. Next, Boudhanath Stupa (or Bodnath Stupa): One of the largest stupas in the world, most important and largest Buddhist shrine in Nepal. It is a World Heritage Site.This Stupa, set in a pattern of a "Mandala" is encircled by houses and monasteries where Buddhist monks reside. Around the base is a ring of 108 images of the Buddha and 147 insets containing prayer wheels.

After breakfast, proceed for the day excursion of Dakshinkali Temple. One of Nepal’s moodiest tantric sacrificial shrines, dakshin or “southern” Kali, lies at the end of the Kathmandu Valley’s longest and most varied road. As it snakes its way along a fold in the valley rim towards the shrine, the Dakshinkali road passes a fine succession of Buddhist and Hindu holy places, offering an intense, half-day snapshot of Nepal’s religious culture. The road begins at the busy Balkhu junction of the Ring Road, at the southwest corner of Kathmandu, just short of Kirtipur (which would make a fine side-trip). Later, proceed to Kathmandu. En route visit Kirtipur & Chovar.  Kirtipur (Kipu) is an ancient city in Nepal. It is located in the Kathmandu Valley, 5 km south-west of the city of Kathmandu. It is one of the five municipalities in the valley, the others being Kathmandu, Lalitpur, Bhaktapur and Madhyapur Thimi. Kirtipur is situated on a ridge with steep hillsides. The residents are reputed as being expert builders and weavers. Next you will be visiting Chovar is located at Kirtipur municipality, a municipality rich is its own culture, way of life with having a splendid history. History says that when Prithvi Narayan Shah attacked the Kathmandu Valley, he started from Kirtipur and it was not a piece of cake to siege the town. Chovar, a place for the peace seekers, where you will surely have a good break from all your hectic way of life. The village has a superb panoramic view of whole Valley with an astonishing 160-degree view of mountains line-up.

After breakfast, proceed for the full day sightseeing of Kathmandu. Visit Swoyambhunath stupa, sacred Buddhist shrine, also known as Monkey Temple, known for its white dome crowned with golden spire. Later, visit Patan Durbar Square Also known as Lalitpur or the city of fine arts. Patan Durbar Square is a concentrated mass of temples, a classic example of Newari architecture to be seen in Nepal. Listed in World Heritage Site, the former Royal Palace complex is the center of Patan's religious and social life, and houses a museum containing an array of bronze statues and religious objects. Evening is at leisure.

Later, visit Boudhanath Stupa (or Bodnath Stupa): One of the largest stupas in the world, most important and largest Buddhist shrine in Nepal. It is a World Heritage Site. This Stupa, set in a pattern of a "Mandala" is encircled by houses and monasteries where Buddhist monks reside. Around the base is a ring of 108 images of the Buddha and 147 insets containing prayer wheels.

Next, you will be visiting Bhaktapur City (or City of Devotees): Located about 20 km east of Kathmandu, it is referred to as City of Devotees, or the 'City of Culture'. The city is full of heritage buildings, monuments, palaces, pagodas and temples. Lying along the ancient trade route between India and Tibet, Bhaktapur is surrounded by mountains and provides a magnificent view of the Himalayas. Later, proceed back to hotel.

After breakfast, our representative will transfer you to Kathmandu airport for your onward flight. Our services will terminate here leaving you with sweet & unforgettable memories.