A holiday in Gujarat promises a bit of everything. Visit Gujarat and you are in a different land, culturally and from the nature perspective too. Explore the rich biodiversity of Gujarat and spend time in the company of some of the rare species of animals and plants. Home to the majestic Asiatic Lions, Gir National Park is a haven for the wildlife. With bountiful flora and fauna, jungle safaris in Gir is something that you just cannot miss. On this journey, also connect with your spiritual self as you go on a pilgrimage to some of the most revered temples in Gujarat, such as the Shore Temple in Somnath. One of the 12 jyotirlingas of India, the Somnath temple is dedicated to Lord Shiva and highly revered among Hindus. As you proceed, explore the Buddhist rock-cut caves at Junagarh which are thronged for impeccable architecture and holiness by many. 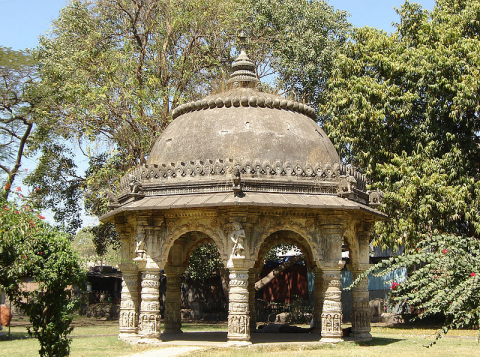 On arrival at the airport, our representative will meet and greet you. Drive straight to Sasangir, which is the only home in India for Asiatic Lions. There are more than 300 lions always on prowl in this area. The Gir National Park here is a haven for wildlife, with its variety of flora and fauna. The rugged terrain with low hills and the vegetation comprising deciduous, with stands of Teak, acacia, jamun, tendu and dhak trees, is crisscrossed by grasslands. Upon arriving in Sasangir around noon, check-in at your hotel and relax. Later in the afternoon, enjoy an exciting jeep safari in Gir National Park. 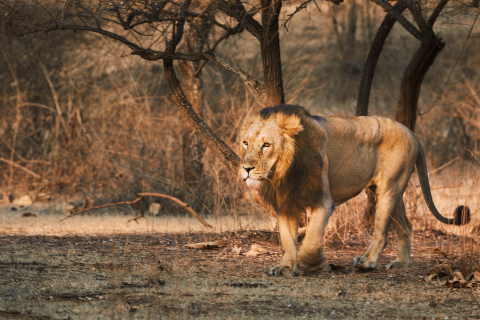 After breakfast, proceed for a morning safari in Gir National Park. Post lunch you are at leisure and spend the afternoon relaxing; later on, undertake another jungle safari and explore the entire landscape as you get to enjoy the view of the wildlife and nature. 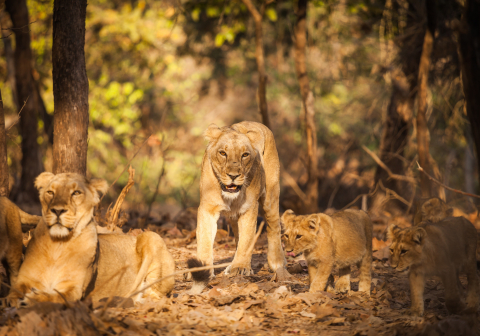 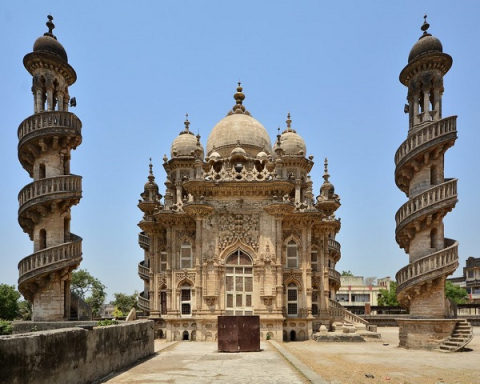 After breakfast drive to Rajkot.

En route visit the Somnath Temple and Junagadh. The shore temple of Somnath is one of the 12 Jyotirlingas of Lord Shiva. The revered temple on the western coast of India was looted, destroyed and rebuilt several times. It represents the strength of the Indian society. The present splendid structure was of Shree Somnath is the first one among the twelve Aadi Jyotirlings of India.

Later, continue drive to Junagadh. Here, explore the Buddhist caves of Junagarh which are examples of rock-cut architecture with ornamented pillars and comprises arches, water cisterns, chaitya hall, monastic cells for meditation and chaitya windows. Next, you will visit the Adi-Kadi Vav Step Well (15th century) which has a long flight of 120 steps leading to water. Then proceed to explore another major tourist attraction, the Girnar Mountain after which you shall visit the beautifully carved Jain Temples. Other temples here are Dattatreya temple and Amba Mata temple atop the hills. Explore Gorakhnath Peak which is placed at 3666 ft. Visitors have to climb 5,500 steps to reach the hilltop. All the Jain temples dedicated to the Tirthankars are a must see. But Neminath temple, made of black marble and adorned with beautifully carved sculptures and engravings is the one not to be missed at all. This temple attracts the maximum number of devotees. The place also has one of the famous rock edicts of King Asoka at the foot of one of the hills.

Later, continue your drive to Rajkot Airport to take a flight for onward destination; henceforth our services terminate and we wish you safe, happy journey back to your home.