Women rarely set aside time for themselves. So here is your chance to treat yourself to this “7 Days Golden Triangle tour for Women Only” with your girl gang. You will start and end your trip in the capital city of Delhi. Here you will get to experience a rickshaw ride through the streets of Old Delhi, and do yoga at Lodhi Garden. Then drive to Agra to look at the magnificent monument of love – Taj Mahal. The last destination is Jaipur where you can enjoy an elephant ride to the Amer Fort situated on a hill. Of course, indulge in some shopping while in this city. Plan a trip with your friends, relatives, sisters, cousins and we are there to help you enjoy safe women trip. 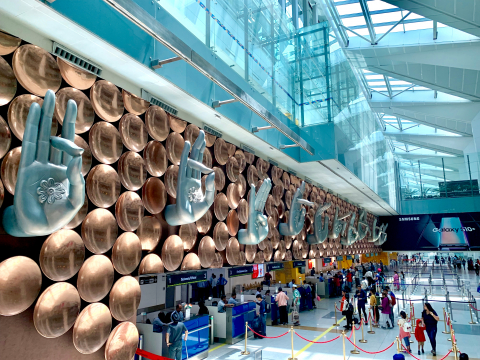 Upon arrival at the New Delhi you will be transferred to the hotel. Check into the hotel and relax. Spend the rest of the day at leisure. 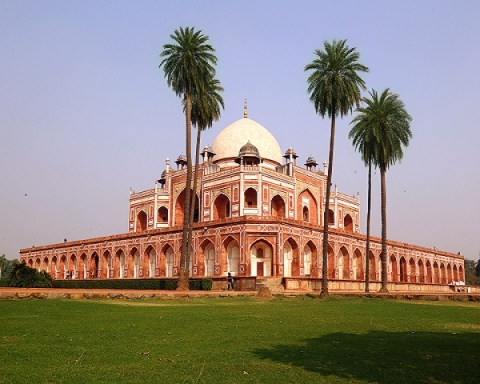 After breakfast, set off for a sightseeing tour of Delhi city. You’ll first go for Old Delhi sightseeing, starting with Jama Masjid, the country's largest mosque, built-in 1656. The mosque's courtyard is capable of holding 25,000 devotees at once. Next, visit Old Delhi’s oldest and biggest market Chandni Chowk. Later, enjoy a rickshaw ride from Fatehpuri Masjid to the impressive red sandstone monument of Red Fort. Here, our driver will pick you up and drive you to Raj Ghat, the cremation site of Mahatma Gandhi - Father of the Nation.

Afterward, proceed to Humayun’s Tomb, an early example of fine Mughal architecture in India, built-in 1565. Humayun's Tomb is often said to be the inspiration behind the Taj Mahal. Later, drive past Rashtrapati Bhawan (President’s House), Parliament House, and India Gate - a war memorial constructed in the memory of 70,000 Indian soldiers who fought in World War I. Lastly visit Qutub Minar, a soaring tower of victory. Its construction was commenced in 1193 under the supervision of Islamic ruler Qutub-Ud-Din-Aibak, immediately after the defeat of the last Hindu Kingdom in Delhi. The marble and red sandstone built structure is nearly 73 meters tall and tapers from a 15-meter-diameter base to just 2.5 meters at the top. 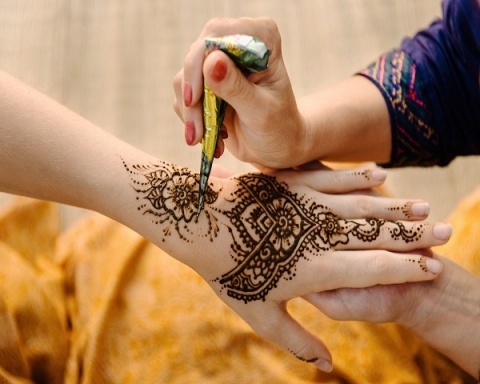 Early morning, we will attend a Yoga class at Lodhi Garden. Yoga is a total mind-body workout that combines strengthening and stretching poses with deep breathing and meditation or relaxation. Go back to the hotel for breakfast. After this proceed for a cooking class at the host’s home in Delhi followed by lunch. We can also arrange for a lesson on how to wear a saree.

In the evening visit Dilli Haat which is an open-air food plaza along with stores selling handicrafts and artifacts. Extensive foundation work, small thatched roof cottages and kiosks give the plaza a village atmosphere. Get an opportunity to see how "Mehndi" is applied and also experience it. Mehndi is the art of colouring hands with a Henna paste which is very popular in India. You can end the day with a spa session at the hotel itself. 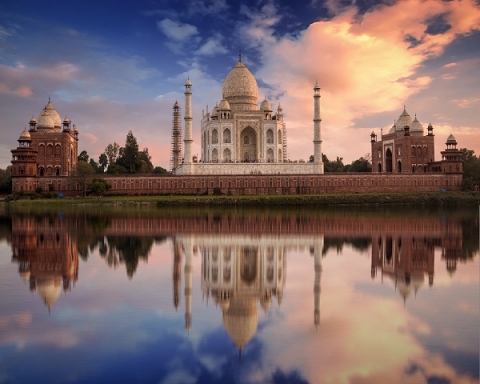 After breakfast, you will be driven towards Agra via one of India’s finest freeways. Upon arrival in Agra, check into the hotel and freshen up. The city of Agra is home to the Taj Mahal which perhaps the world’s most photographed monument. Pay a visit to this beautiful edifice commissioned in the 17th century by the Mughal Emperor Shah Jahan in memory of his loving wife. Then, visit the massive Agra Fort, an elegant building that reflects a perfect fusion of the Hindu and Central Asian architectural styles with massive courtyards, mosques & private chambers. Next, visit the Mehtab Bagh, an extension of the Taj Mahal Garden, located on the other side of the river. 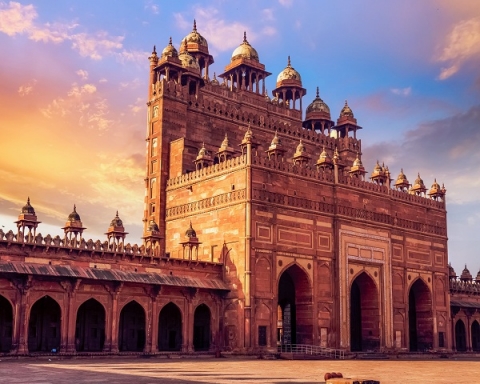 After breakfast, you’ll drive to Jaipur via Fatehpur Sikri (a UNESCO World Heritage Site). Built-in the 16th century, this ancient fortified city was once the capital of the Mughal Empire. The complex includes the Diwan-i-Khas building, which has a beautifully carved pillar at its centre and the Panch Mahal Palace. Upon arrival in Jaipur, check into your hotel and relax. Later, explore the unending shopping options in Jaipur. As part of the tour, we will start off from the essential point of the Rajasthani craftwork i.e., block making and block printing and visit some of the local stores. We will also explore some of the famous places for a variety of jewellery including chunky tribal jewellery, gold and diamond jewellery as well as colourful lac bangles. 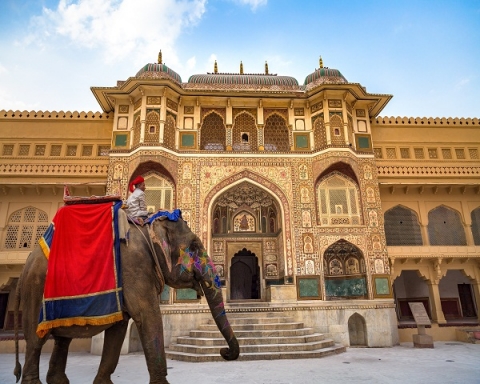 The morning after breakfast set off for a day of exploration in Jaipur. Ride to the top of the hilltop fortress - the Amber Fort on an elephant’s back. Get to know the dramatic grandeur of the fort perched on the Aravalli Hills and surrounded by fortified battlements. Then, pay a visit to the Hawa Mahal or Palace of the Winds, the five-storied structure featuring 953 small windows called jharokhas, decorated with intricate latticework. Made using red sandstone, the towering structure resembles a honeycomb and was initially built to allow the royal ladies to peer down without being seen.

Next, visit the City Palace. Built-in the 18th century, the City Palace is a perfect example of the Rajasthani and Mughal architectural styles and fortified walls, built for protection from invading armies. Also, visit the Jantar Mantar Observatory, an astronomy site that was built by Maharaja Jai Singh II of Jaipur in the 18th century with 13 architectural astronomy instruments.

After leisurely breakfast, drive back to Delhi and directly transfer to the international airport to connect flight back home.