Himachal Tour with Amritsar and Dharamshala

This itinerary of 9 nights and 10 days will offer you a chance to explore the amazing beauty of the hill towns like Shimla, Manali, Dharamshala with Amritsar which is a city in the north-western Indian state of Punjab. During the tour, you will love to spend your time in a relaxed atmosphere and relaxing sylvan environment. Explore the spectacular natural charm of this Northern State of India. 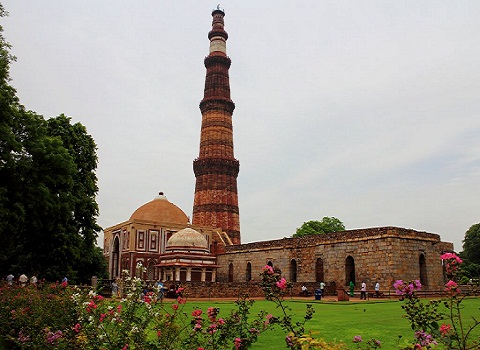 Upon arrival at Delhi International Airport, our representative will meet you and transfer you to the hotel. It is a city that has been an idyllic symbol of the magnificent past and thriving present of India. It has never failed to amaze its visitors with its beautiful blend of various nationalities, diverse cultures & traditions, heritage of the bygone eras and its modern lifestyle – all rolled into one. The day is at leisure.

After breakfast, we will drive to Shimla. Upon arrival, check-in at the hotel. Shimla is the former summer capital of British India and now the capital of Himachal Pradesh. It is truly a perfect place to enjoy a leisure holiday. This northern Indian hill station offers great views of the Himalayas. The place still has the touch of British colonial architecture and designs in certain places. Nothing like the mainstream Indian climate, Shimla is very cool and refreshing. The lush green hills and the snow-capped mountains stand tall, making it a very scenic place. Evening is free at leisure and you could take a walk to the Mall - a promenade where you can view elegant mansions and curio shops. The magnificent pines and cedars give a beautifully fresh aroma in the air.

This morning after breakfast you will visit Kufri (situated at an altitude of 8630 ft. / 2630 m among the foothills of the Himalayas), a one-hour drive from Shimla. Kufri is a popular adventure destination in India famous for its trekking and hiking trails as well as skiing activities. Return to Shimla and in the afternoon, set off for sightseeing of Shimla town, visiting the Jakhoo Hills, known to be the highest point of Shimla (the summit is at 2,455 m / 8054 ft.) offering a panoramic view of the town. The Jakhoo Temple is also a popular point of interest here. Then visit the Vice Regal Lodge and walk down the Mall Road. The Ridge is a large open space, located in the heart of Shimla. And lastly, to Chadwick Falls at 1586 m, these rained falls are approached through summer hill. 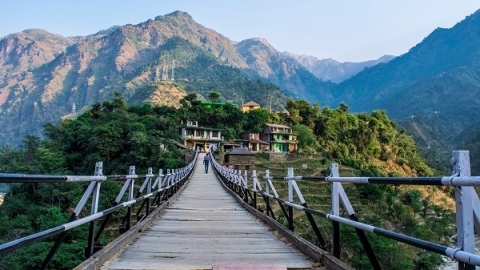 After breakfast, check-out from the hotel and drive to Manali. It is a beautiful hill station and known for its lovely scenic sights. It is located at an altitude of 1929 Meters / 6327 ft. above sea level. En-route you will visit Kullu Valley. The beautiful valley of Kullu is surrounded by Shivalik Ranges of Himalayas and is famous for its Apple Trees. Further, drive to Manali, a very popular hill station in Himachal Pradesh at a height of approx. 6725 ft. / 2050 m. Manali is surrounded by high snow-covered peaks in the beautiful green Beas valley. The place is known for its mountain adventure activities. Upon arrival in Manali, check-in at the hotel. Spend the rest of the day free at leisure.

Today, post breakfast take a trip to Rohtang Pass, which is located at 13,000 ft. It is one of the world’s highest motorable roads, and surely has a mesmerizing view of the other gigantic mountains.

PLEASE NOTE: Visiting Rohtang pass is restricted to limited vehicles as per the local govt. rules. The permit will be required to visit Rohtang Pass. If in case you do not get the permit, get ready for an excursion to Solang Valley. (Rohtang Pass remains closed every Tuesday).

After breakfast, Check-out from the hotel and drive to Dharamshala. Also spelled as Dharamsala, it is a beautiful and serene hill town that shot to fame after His Holiness Dalai Lama took shelter here. Dharamshala is located at an altitude of 7,700 ft. above sea level and is surrounded by the majestic Himalayan Mountain. On arrival in Dharamshala, check-in to the hotel. 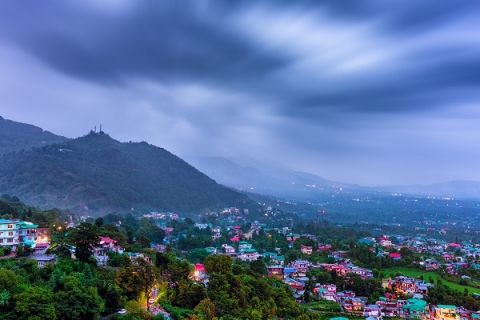 After morning breakfast, go sightseeing around Dharamshala covering McLeod Ganj also known as the “Little Lhasa of India”. Also, visit the Tibetan Museum and Namgyal Monastery often referred to as "Dalai Lama's Temple" is the personal monastery of the 14th Dalai Lama. 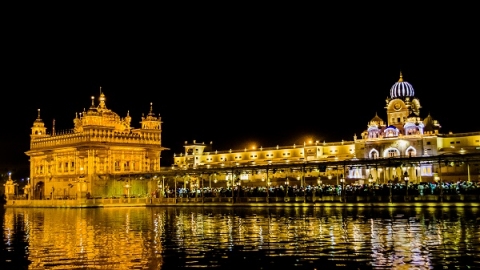 After breakfast and check-out, drive to Amritsar. The name Amritsar literally means “Pool of Nectar”. The holy city of the Sikhs was founded in 1579 by Guru Ram Das, the fourth Guru of the Sikh religion who settled down beside a pool bequeathed with miraculous healing powers. His son, Guru Arjun Dev, built the temple within the pool. Later, Maharaja Ranjit Singh encrusted it with pure gold leaf. On arrival in Amritsar, check-in to the hotel. 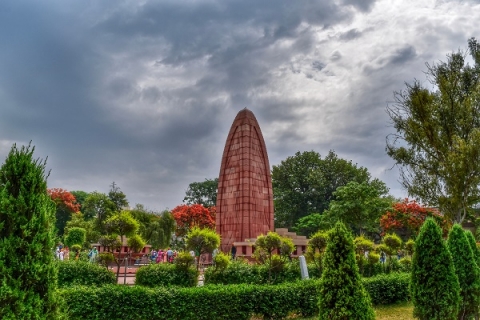 After breakfast, head for Amritsar sightseeing covering Shree Durgiana Temple - a 16th-century temple of Goddess Durga (Goddess of wealth); Jallianwala Bagh: a memorial that marks the tragic event of Amritsar Massacre in the year 1919; Rambagh Gardens with a museum that displays the history of Sikh empire, paintings, armory, coins and manuscripts, etc.; Gurudwara Shaheed Ganj Sahib; and Gurdwara Baba Atal Sahib, located on the south of Golden Temple, is a nine-story building with spectacular architecture.

Next, proceed to the Wagah Border, a popular tourist spot situated near a road border crossing between India and Pakistan, which is just one hour's drive from Amritsar city. The place is particularly known for the elaborate Wagah border ceremony that happens at the border gate, two hours before sunset each day. The flag ceremony is conducted by Indian Security Forces and Rangers of the neighbor country.

In the evening, visit the Golden Temple to witness the Palki Sahib ceremony where dozens of devotees act as a human conveyor belt to carry the Granth Sahib (a shrine containing the Adi Grantha - Holy Scripture of Sikhs) from the main shrine to the sanctum, where it is kept until the opening ceremony, the next morning. Golden Temple is the holiest and the most important Sikh spots in the world and was constructed between the late 16th century and early 17th century.

After breakfast, check-out from the hotel and drive to the airport to take a flight for your onward journey.