Travel cleanses the mind, touches the soul and lightens the heart. Travel can mean you can make new friends and also re-connect with your old ones or even connect with yourself. Our 7 nights and 8 days all women tour of Mumbai with Goa tour lets you experience Mumbai - the City of dreams, popularly known for Bollywood and Goa dotted with picturesque beaches and Portuguese-style churches. Goa is an ideal getaway for those who love beaches, rocking nightlife and have a taste for seafood. Goa lives life to the fullest. The brilliantly crafted 8 days Goa tour package allows you to experience the various flavours of Goa and engage in some lovely sightseeing. During the course of this tour, you will come across the popular tourist attractions of Goa, including its beaches, forts and churches. In other words, this tour will let you experience the best. 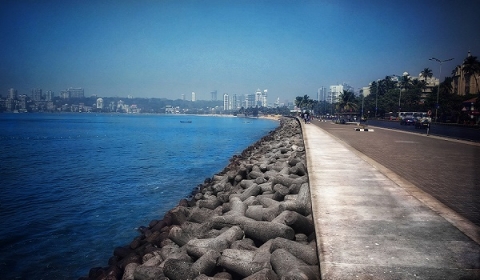 Upon arrival at Mumbai International Airport, our representative will meet you and transfer you to the hotel. It is a city formed by a conglomeration of seven islands and is located along the Arabian Sea. With its chaotic streets, magnificent colonial buildings and vibrant ambiance, Mumbai is something that you should explore once-in-a-lifetime. In Mumbai, uncover the lively bazaars, unexplored temples and India’s premier restaurants and nightlife. It has abundance of historical monuments that can be best admired when visited in real. On reaching, check-in at the hotel. 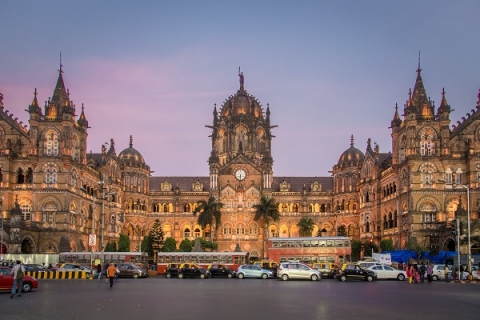 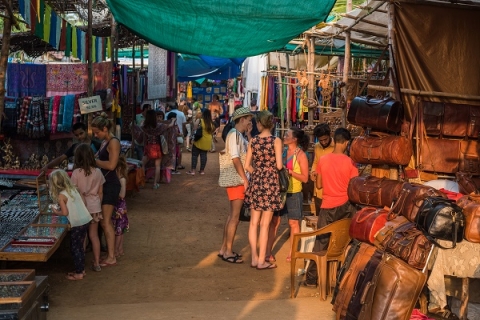 After breakfast, proceed with a visit to the open air laundry area firmly known as Dhobi Ghat (remain closed on Sat - Sun, Local Holidays, National Holidays). A unique feature of Mumbai apart from the rest of the world, a Dhobi is a traditional laundryman who collects your dirty linen, washes them in an open area and then returns them neatly pressed to your doorstep. The massive area where the laundry is done is called a "Ghat". Later, you will be transferred to the Airport to board the flight for Goa. It is a much-loved tourist destination located on the banks of Arabian Sea. It is a tropical beauty that attracts a huge number of tourists from around the world. The vibrant beaches, rocking nightlife, beautiful churches, authentic seafood, beach-side forts and the bustling bazaars in Goa is something that is definitely worth exploring! On arrival, check-in at the hotel. Rest of the day is at leisure.

After breakfast, go for the sightseeing of the city. You will visit Fort Aguada which is one of the largest and impressive forts preserved as one of the best known landmarks in Goan history. Its prominence has grown from the fact that its headland on which it is built offers a wonderful site for military architects due to its shielding of the vital sea access from the heart of the Portuguese territory thereby making it an ideal site for seaward as well as landward defence. Afterwards you will go Dolphin spotting (available from November - April). Later visit Mapusa Bazaar, where you'll find all kind of requirements from lottery stalls to barbers shops, fruits stalls to vegetable stalls, different types of handicrafts made of coir, clothes stalls, glass bangles, sausages, channa baskets, meat market are added features of the Mapusa Market. Every place you'll find bars and restaurants or tea stalls serving refreshments. Late in the afternoon you can head to Calangute Beach to relax at one of the many beach shacks. You can either spend the evening at Anjuna Beach to watch a picturesque sunset. 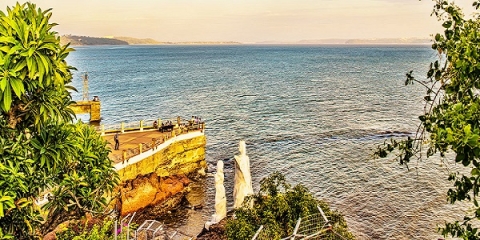 After breakfast, proceed towards South Goa for sightseeing. First visit The Se Cathedral Church: This religious shrine, which is one of the most ancient and famous buildings in all of Goa, is dedicated to St. Catherine of Alexandria. Commissioned in the year 1631, the construction of this building took more than 62 years. After that you will visit Basilica de Bom Jesus: Constructed in 1605, the Basilica is one of the foremost attractions of Goa. It's famous for containing the tomb and mortal remains of St. Francis Xavier, who is believed to be one of the patron saints of Goa by the Catholics. Constructed in Portuguese style, the basilica is eminent for its architecture. Later you will visit the Panjim Bazar: It is the perfect blend of old and new as the two are juxtaposed through malls and street-side stalls. It offers a unique experience. There are many things to buy like nuts, wine, local spices, handicrafts, and once tired, you can gorge on some local food as there are a wide variety of eateries close by. Afterwards you will visit Fontainhas latin colony which is an old Latin Quarter in Panjim, capital city of the state of Goa. It maintains its Portuguese influence, particularly through its architecture, which includes narrow and picturesque winding streets like those found in many European cities, old villas and buildings with projecting balconies painted in the traditional tones of pale yellow, green, or blue, and roofs made of red coloured tiles. Fontainhas' heritage ambience represents the traditional Portuguese influence in the area. Later visit the Village Temple. In the evening visit The Dauna Paula beach. Dona Paula beach is essentially a beach resort, with water sports being the primary activity. If you wish to pick up some local knick-knacks, stroll up to the beachside stalls hawking an impressive range of straw hats, lace handkerchiefs, spices, Feni, port wine and some exotic locally made liquor. For ethnic handicraft and jewellery, Indian Arts Emporium in Dona Paula is a good place. There are some decent seafood restaurants near the beach where you can stop for a hearty dinner. Later return to Hotel. 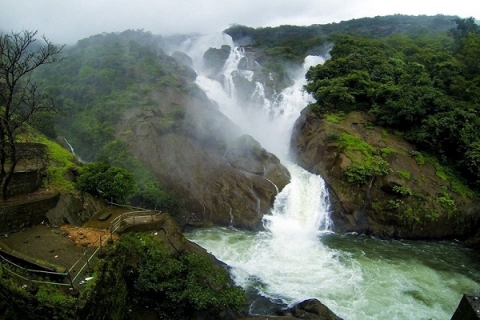 After breakfast, visit Dudhsagar Waterfall. It is located 60 kms from the capital city of Panaji. Perched on the lofty peaks of the Western Ghats, the Dudh Sagar waterfalls offer unrivalled beauty and amazing scenery full of exquisite charms when in full flux after the monsoon showers. Like an idyllic Eden cradled luxuriously in the mountains, the Dudh Sagar waterfalls, which from a distance appear like milky streams, gradually climax into a gushing cascade as they come into full view of the onlookers. Dudhsagar literally means ocean of milk. The waterfall initially appears like streams of milk flowing down the mountain. Finally, drive to a nearby Spice Village where you’ll be greeted by a biologist who will explain the vegetation that lives on the plantation. Learn about medicinal purposes for herbs and sample cuisine that uses these flavourful spices during a full buffet lunch of authentic Indian fare. 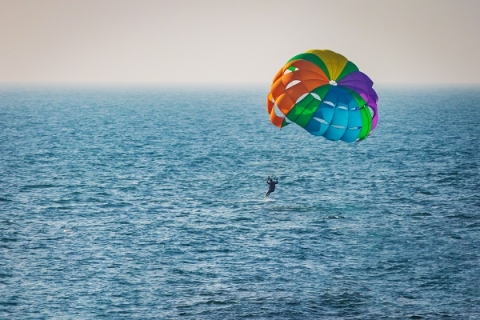 Breakfast at the hotel. Day free at leisure (No Transport services).

Breakfast at the hotel. After some relaxation, our representative will escort you to the Airport to board your flight back home.