One-Day Trip To Bidar From Hyderabad

Departure PointPick up from Hyderabad Hotel only

On this 8 hour’s tour, discover the regal history of Bidar, city dating back to the 3rd BC. Once considered one of the most flourishing cities of South India, Bidar is today home to specimens of great architectural legacy adding to the glory of the city. As part of the tour explore the Bidar Fort, an ancient fort featuring mosques, intricate decorations, gateways, gardens, and the ancient 15th-century Karez water system. Also, get a chance to explore or shop for some exquisite Bidri ware – metal articles damascened (ornamented with wavy lines) in floral and geometric designs with silver wire.

Your tour starts with a pick up from your hotel in Hyderabad. You will be then driven towards Bidar. Experience the change in landscape and weather as you are driven towards the hill top city, located in the north-eastern part of the state of Karnataka. Firstly, visit the Bidar Fort, a specimen of the Persian architectural with a quadrangle layout. The fort is surrounded by three miles long walls, comprises 37 bastions, and surrounded by a triple moat. Within the fort complex, is an old city, with monuments and structures from the Bahamani Sultanate era. Discover these monuments, including some of the notable ones like Gagan Mahal, Rangin Mahal, and Tarkash Mahal. Also, explore the Solah Khamba Mosque. The mosque features 16 pillars and is raised on a high clerestory with windows of perforated screen-work in different geometrical patterns of Deccan style. The Rangeen Mahal is another intriguing attraction and one of the best-preserved sites within the fort complex. A perfect amalgamation of the Hindu and Muslim styles of architecture, the palace is known for its elaborate decoration with coloured tiles, beautiful wood carvings, and pearl inlay work. There are also several other verses carved out in the palace that speak of the love and admiration for the king and the throne. Inside the Fort, you will also find the Takhat Mahal – used by the rulers to address the private audience, and the Tarkash Mahal – a palace built for the Turkish wife of the Bahmani Sultan. The royal kitchens and royal baths all offers glimpses of the grandeur of a bygone era. You will then visit the Madrasa of Mahmud Gawan, an ancient residential university that was built and maintained on the lines of Madrasa of Khorasan.

It is unadorned from the outside but has beautiful Persian tiles on the inside. Then, there is the unusual historic water supply system called Karez; a network of underground canals, punctuated by vertical shafts to the surface. The karez taps into the groundwater sources (or natural springs) and transports it through the underground tunnel to the settlement, ending in a surface canal and/or pools in the village for various uses like drinking, washing, ablution, watering livestock, and also for irrigating fields, orchards, and gardens. Before returning back to Hyderabad, get a chance to shop for some Bidri ware – metal handicraft from Bidar developed in the 14th century. It is an exquisite art where metal articles are damascened (ornamented with wavy lines) in floral and geometric designs with silver wire. After the completion of the tour, you will be driven back to the hotel. 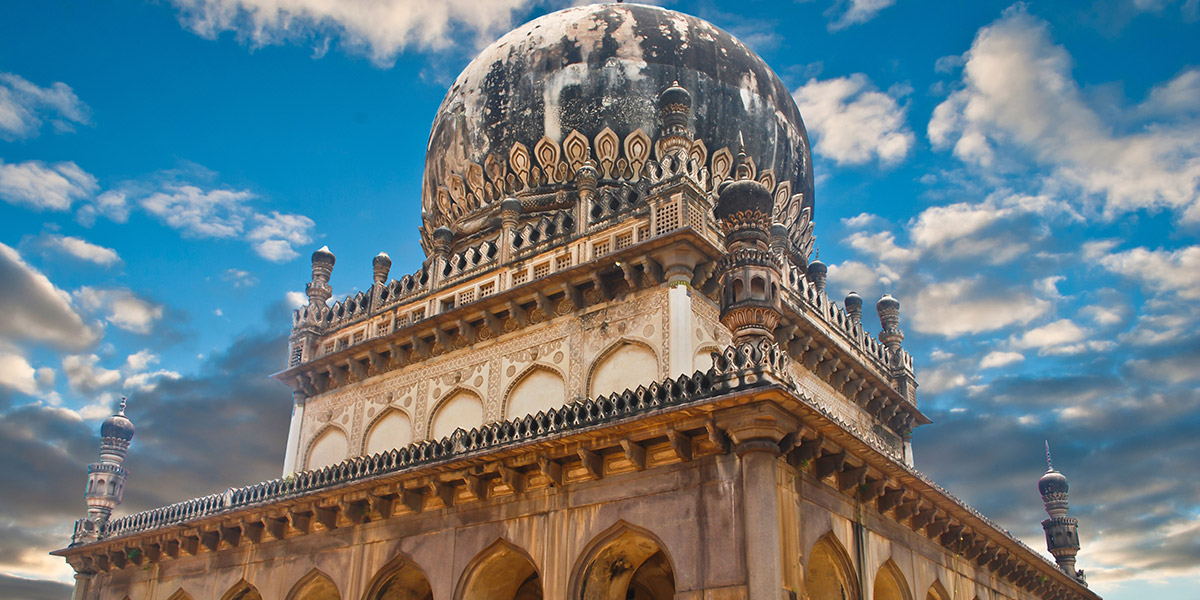