Pick up : City hotels only

Get off the beaten path and explore the towns of Patan and Modhera with this private tour. Yo You'll start with Patan, a fortified city dating back to the 18th century that's known for its weaving to this day. You'll also get to visit a local stepwell. You'll then visit Modhera, known for its 11th-century Sun Temple, one of the most beautiful architectural feats in the region. 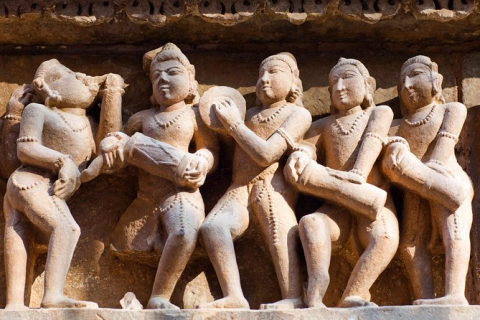 As the tour starts, you will be picked up from the hotel. Then proceed for a day excursion to Patan and Modhera. You will be driven towards Patan, an ancient fortified city established in 745 AD by Vanraj Chavda of the Chavda Kingdom. The city is famous for its Patola Weaving. Patola or Double Ikkat from this region of Gujarat glorifies the ancient heritage of India in fine textiles. This art of weaving dates back to centuries and lures the connoisseur of fine textiles. This art of weaving features no reverse sides and features equal design and intensity of colors on both sides. The paintings in Ajanta caves resemble the tie-dye technique of Patola. According to legends, sometimes around the 12th century AC, 700 families of Patola weavers from Jalna (South Maharashtra) were invited by King Kumarpal of Solanki dynasty to settle down in Patan in North Gujarat. The Salvi family is one of them who continues this traditional art and has preserved the heritage art from four generations.

Also, visit the Rani ki Vav – a stepwell in Patan which is a perfect example of the subterranean architecture in Gujarat. It has steps that lead down to the water level of the well. The stepwell was constructed by Queen Udayamti of the Solanki dynasty. The Rani ki Vav represents the finest Indian architecture and forms a link between the classical step-well and a kunda. Apart from the straight staircase, the stepwell also features lateral staircases, along with very broad and stepped corridors.

Later continue your drive to Modhera. The village of Modhera is home to the Sun temple, one of the finest exemplars of the Indian style of architecture that existed during its period. Built during the 1062 A.D., the Sun Temple is made in honor of the Hindu Sun-God, Surya. The temple stands high on a plinth that overlooks a deep stone-steeped tank. A masterpiece in itself, the edifice is magnificently carved with Gods and Goddesses, birds, beasts and flowers. The temple was constructed by King Bhimdev I, (1026-27) and draws inspiration from the famous Sun Temple of Konark, Orissa and predates it only by 200 years. Alike the Konark Sun Temple, the Sun Temple at Modhera is designed in such a way so that the dawn sun shone on the image of the sun God, at the time of the equinoxes. The main shrine and hall of the complex can be reached through a pillared porch. Just like the temple of Somnath, this temple was also ruined by Mohamed of Ghazni. 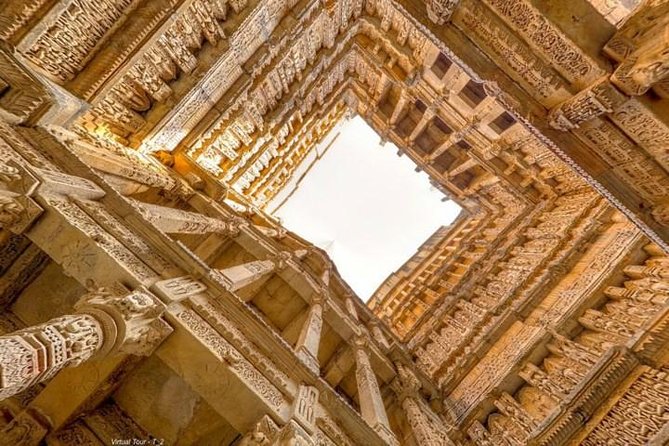